Last week, we published a guide on how to negotiate for the salary you deserve. This week, I’d like to give you some stories straight from teachers who have gone through that process.

While I was interviewing teachers on this topic, I was struck by how often people don’t negotiate because they’re afraid of seeming “entitled” or “greedy”. This is especially true for teachers transitioning from district schools, where salaries are set.

There’s a great line in Mindy Kaling’s book: "Work hard, know your shit, show your shit, then be entitled." You work hard. Teaching (and doing it well) is a special skill. Negotiation isn’t entitlement if you’re a great teacher with a lot to offer — it’s standing up for yourself and asking for what you deserve.

Here are a few teachers who advocated for themselves and what they want you to know in the process:

Courtney L. (charter school teacher — 3 years of experience) successfully took the initiative to ask for a higher salary and used evidence to support her case.

The two biggest takeaways I got from my experience were to ask for what I want, and to make it happen for myself.

Since there isn’t a time that my principal establishes to talk about salaries, I realized that I needed to set it up myself. So I emailed him and asked whether we could have a discussion about salaries for the upcoming year. From there, I kept the conversation going in face-to-face meetings.

In that meeting, I brought in data from my test scores (which had gone up significantly year by year) and mentioned the number of education credits that I had under my belt (in other words, my Master’s). Once I was able to back up my argument, my principal was pretty open to moving to agreeing on the salary I proposed.

Lots of teachers, especially women, don’t ask for what they deserve or afraid to engage in an ongoing conversation. Even though it can be daunting sometimes, I urge people to initiate the process of asking for more. Nobody’s going to advocate for you but you — take on hard conversations and stand up for yourself when you need to. 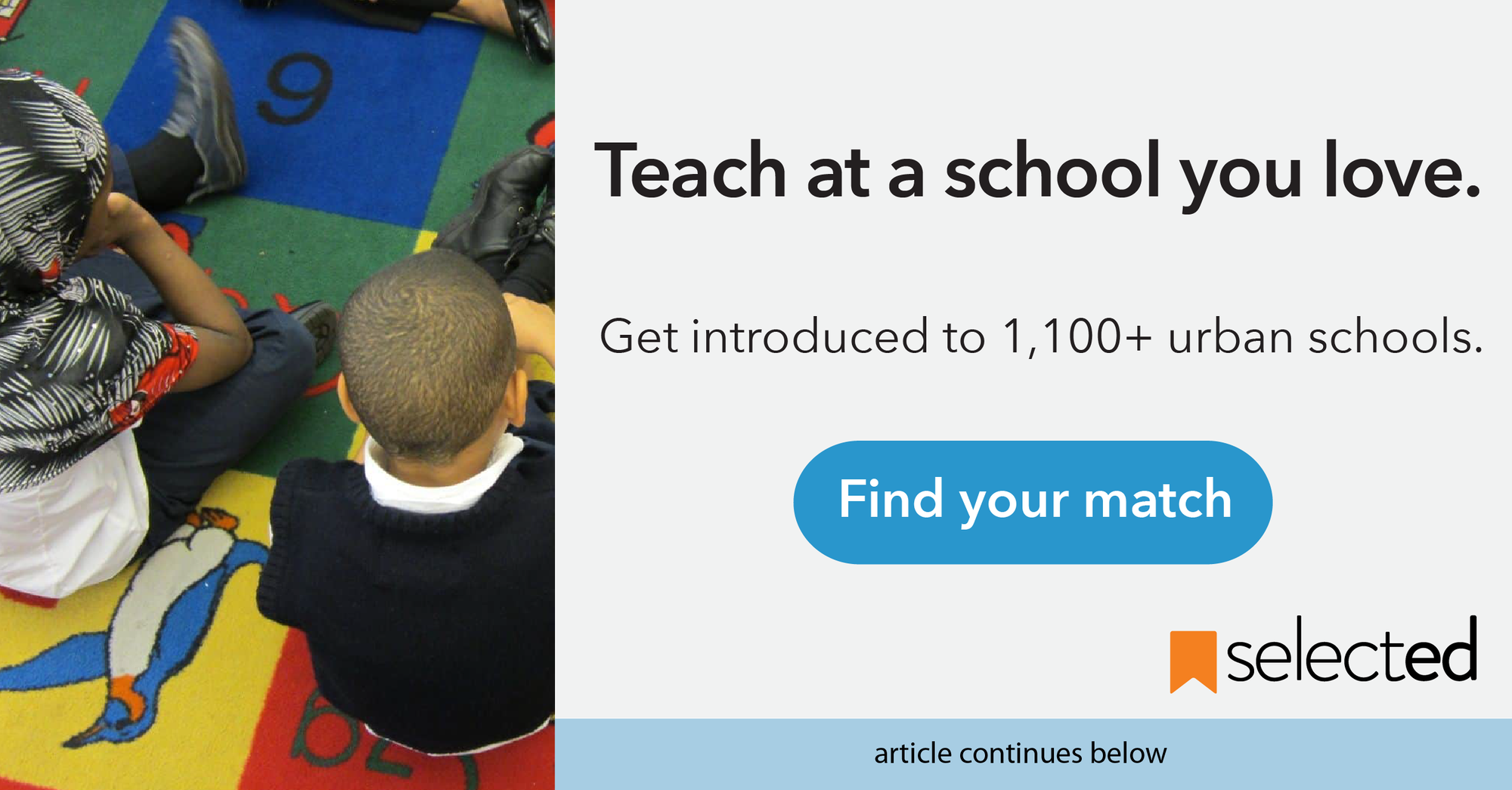 Tori H.* (former district school teacher — 4 years of experience) got information from other teachers that helped her advocate for herself when she moved across the country.

My biggest advice is to use other teachers to help you get the information you need! I was moving across the country from a public district school to a charter school, so I figured it would be an optimal time to negotiate my current salary. My husband has worked for the same charter network for years, so before I got the offer, I talked to his co-workers, my union rep, and other friends who worked in charter schools in the area to come up with a salary that made sense.

Their initial offer wasn’t too far off from the number I came up with, but it was still lower. I successfully negotiated for the salary I thought I deserved by: (1) giving them the data I had gathered as a benchmark for other charter schools in the area, and (2) reiterating that I could teach across subjects areas (I had taught both Math and ELA).

I don’t think I could have stood up for myself in the same way if I didn’t do my research in advance. I think if you stick with the same strategy, you should be in a good position to get the salary you’re shooting for.

Diane N. (4 years of experience in a public district school, private school, and abroad) urges you to cover your bases and to understand that the process won’t always be transparent.

I don’t know for sure whether my negotiation tactics worked. I made the silly mistake of signing a contract before starting the negotiation process because I was new at my school, and unsure of what standard procedures were. My school said they’d get me a new contract, but I’m not going to bank on it — there’s always a possibility that they won’t follow through.

I wish the negotiation process at the private school I work at was more transparent. Because I wasn’t sure what steps I needed to take, I asked tons of other teachers on staff for advice, and about whether negotiating salaries was a norm. People were really helpful about sharing salary information and coaching me on what to do.

I also signed up with a recruiting company — they were helpful in giving information on what I should expect from both the interview process and evaluating my worth. It’s good to get information from multiple sources especially if you’re new to the process.

In situations where you don’t have a fair salary benchmark to work off of, I suggest that you do research to establish your own. I have a strong feeling that formal benchmarks that help private school teachers establish salary norms don’t exist, which is frustrating in the negotiation process. When I started the negotiation process, my principal couldn’t give me any benchmarks other than a median salary for teachers in the NAIS (National Association of Independent Schools). This number is skewed because teachers in private schools make wildly different salaries depending on where they live, their experience, and where they work.

Even though I still don’t know whether I’ll get the raise I wanted, I encourage everyone who can negotiate their salaries to do it! It was a good experience for me, and I feel prepared to go through the process again. Standing up for yourself is important — it’s important to take control of your circumstances and to be assertive if you need to! 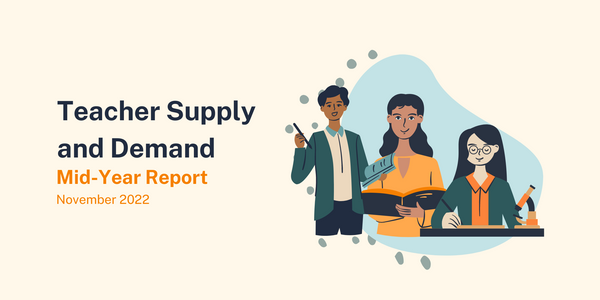 Get an insight into how PK-12 schools are trying to improve hiring and retention numbers, and an overview of this hiring season's supply. 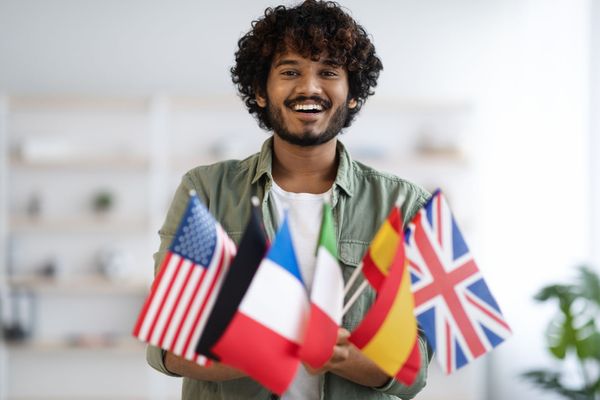 International teaching candidates. There’s no doubt that numerous, qualified candidates exist around the globe, but ensuring those qualifications transfer to each state’s requirements can often feel overwhelming — for both the teacher, and the school. 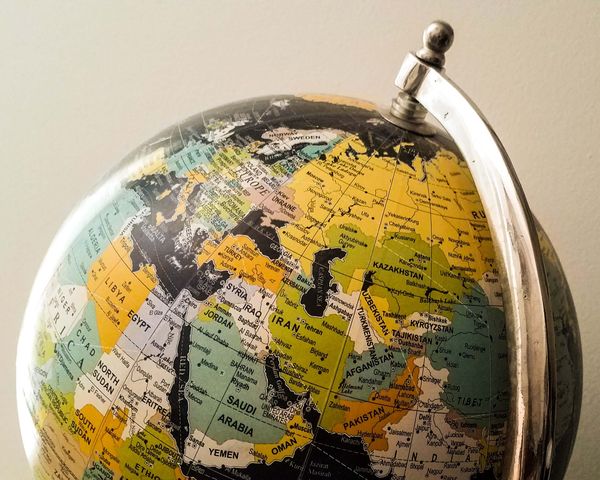